Standard Plumbing Supply, founded by Dale Reese in 1952, celebrates over six decades of industry service. Standard is the originator of innovative concepts in the wholesale plumbing business and has been recognized by the industry as a trend setter of the future. 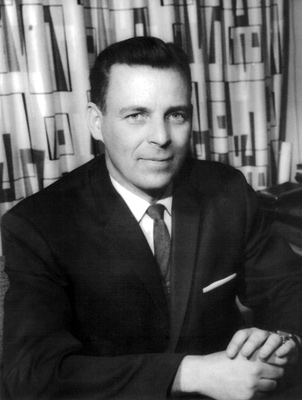 Dale was born in 1924 in Logan, Utah. He graduated from Utah State University then went on to further his education at Butler University and graduated with a master’s degree in retail merchandising from New York University’s School of Retailing. Dale worked for Macy’s and Gimbels department stores while in New York City.

Dale returned to Utah and went to work for a plumbing wholesaler with a sales territory in Idaho. Soon after, he formed Standard Plumbing Supply and opened the first store on Wall Avenue in Ogden. Standard Plumbing originated the open store, self-serve model in the wholesale plumbing industry. Self-service saved time, helped keep costs down and allowed Standard to pass the savings on to the customer. Standard Plumbing believes in a philosophy of “everybody’s a winner”. The manufacturer, representative, wholesaler, and contractor can all win together. The same business practices from 1952 are applied today.

Richard N. Reese is the current president and owner of Standard Plumbing Supply. Richard began his career in the plumbing industry by working on Saturdays with his father at Standard when he was eight years old. He started by helping fold boxes to put steel pipe nipples in. He continued to work in the family business until 1992 when his father retired and he obtained the assets of the plumbing wholesale company. At that time there were 13 stores.

From the beginning, innovation has been a key factor of success for Standard Plumbing Supply. Today, the Reese Family continues to follow Dale's example with innovation and good merchandising as their keys. Everybody’s a winner at Standard. We aren’t just in the plumbing business. We are in the people business.